Mass-Audience Live-Streaming:
A World Without Borders

In 2020 the entire world is expected to be connected by internet and it will have profound implications on our society according to Opal Singleton, author of “Societal Shift: A World Without Borders… A Home Without Walls.” For the first time in history, our children will be able to reach the entire world, but the entire world can, in turn, also  reach our children. With the introduction of mass-audience live-streaming apps like TikTok, Likee, and Live.me, our young people can now communicate with literally millions of people they have never met.

The challenge is that young people see technology as a social acceptance feedback loop and will often post videos and images seeking comments and approval. The more “likes” and “followers,” the more they are validated as being popular.

TikTok, previously called “Musical.ly,” is owned by a Chinese startup company called “ByteDance” and financed by a Saudi Arabian funder. It is a global app. In Asia and India, it is called “Douyin.”

Few parents are aware of the TikTok app and most kids are heavily enchanted with it. Few of its’ users fully understand how it is different from other types of social media communications. This is where the danger comes in for parents, teens and pre- teens.

With the TikTok and Likee apps, a user makes a 15-second video with the intent of “going viral.” No longer is a user just talking with people they know or people they have friended or unfriended. Mass-audience live-streaming literally puts the user on the world- wide stage. An analysis of the top ten users that have gone viral on TikTok, indicates that eight of the users are from the U.S. and have a range of followers from 29 million to 13 million people.

TikTok and Likee are exciting to young people because it offers a plethora of filters, stickers, and music genres such as hip-hop, pop and electronic. Users can record their facial images and distort facial features. TikTok users can create a “duet” video allowing another user’s video to be filmed side-by-side. The user’s account can be set to private, allowing only people they approve to view their content. However, this seems to defeat the purpose of creating a video that will go viral to generate millions of followers. The only other option to going viral is to set the account to public. Thus, opening a virtual door with a welcome mat to predators.

The TikTok app is geo-based, meaning that followers can discover where the video was created. This can be dangerous especially if the user is young and produced the video from home. The user profile is on or off, but needs to be “on” to truly go viral. The most important aspect of TikTok in evaluating the danger to young users is that the video is connected to the user’s mobile phone. Videos are posted and followers can text back comments and are able to connect with the video-maker.

Never before has technology made young people so accessible by predators, pimps and pedophiles. All they have to do is sign up and wait.

Young people who want to become famous lip sync and twerk as they develop thousands, and potentially millions of viewers. Some of these viewers have ill intentions and will reach out to the young video producer with seemingly great offers to make them a star or other seductive offers. Sometimes they offer to meet up and interview them for media. Other times, they bully and harass the video maker into believing they need to send more videos including more provocative videos. And, often, predators will suggest they meet on other apps (like Instagram, Kik, Whisper, etc…) which have encrypted messaging so they can talk privately without a parent or others being able to monitor the conversation.

What should a parent do if their child has a mass–audience live–streaming app? 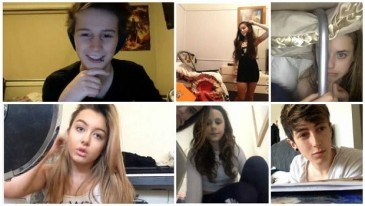 Second, it is very important that parents look at their child’s phone regularly to make certain you are aware of all of their apps and how they work.

Finally, sit with your child(ren) and discuss how the internet works and how specific apps work so they will be able to protect themselves and understand that, while the apps can have advantages, there are millions of predators that will try to access them for the purpose of exploitation.

If a child is too young to have cognitive reasoning, they are probably too young for digital devices and, especially, apps that have mass-audience live-streaming. A child should never be provided with digital devices until the parent has had the “sex talk” with them because a naïve and uninformed child is a victim waiting to happen.

We have entered a new era of mass-audience live-streaming that will truly put our children on the world wide stage. We must educate parents and kids about how to live in a world where a child can communicate with millions of people they have never met, how to protect themselves from predators, and how to use technology with respect and responsibility.

Opal Singleton is the President & CEO of Million Kids and serves as the Training and Outreach Coordinator for the Riverside County Anti-Human Trafficking Task Force through a Department of Justice grant. She is an Instructor at USC Price Safe Communities Institute. Author of “Seduced: The Grooming of America’s Teenagers” and “Societal Shift: A World Without Borders… A Home Without Walls.” She hosts two weekly radio shows. KTIE 590 AM broadcasts “Exploited: Crimes and Technology” every Saturday at 3:00 p.m. throughout Southern California. “Exploited: Crimes against Humanity” is a weekly global internet training program that broadcasts through Voice America Variety Channel to more than 170 countries.

Get both of Opal Singleton’s powerful and informative books for only $32.00 plus tax and shipping while supplies last!